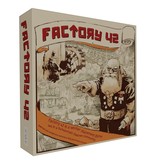 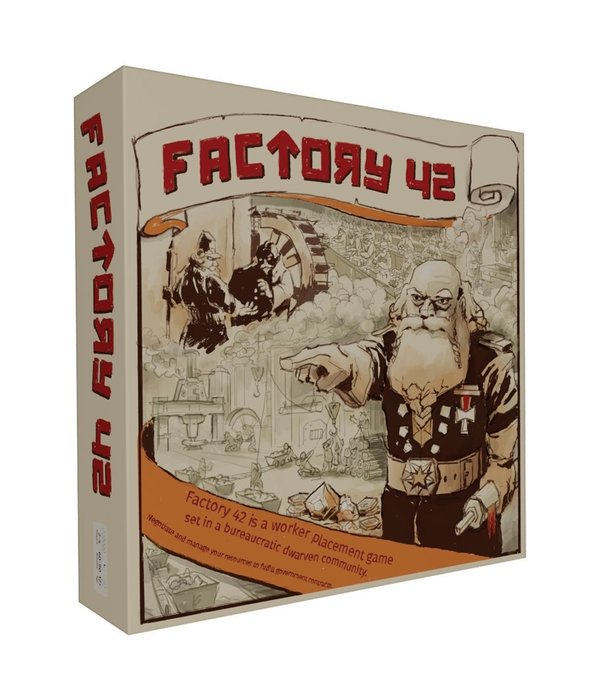 Factory 42 is a Euro-style board game for 2-5 players. The game tells the story of the workweek of Marxistic dwarves in a steampunk industrial setting, placing the player in the role of factory Overseers. It combines worker placement and a cube tower to create a resource management puzzle. Factory 42 is a cutthroat competitive game with elements of co-operation and deals involving Economics, Fantasy, Industry and Negotiation with a pinch of satire, but not too much to make it a Humor game. It satisfyingly blends two-fold tensions: camaraderie forged in shared goals, and the opportunistic trampling of temporary competition. A tight game of glancing blows and communal glory creating a wicked blend of sharp elbows and shared ambition. Visually, Factory 42 takes its influence from 1920’s Soviet Union propaganda, fantasy literature and elements of pre-WWI Prussian decor.