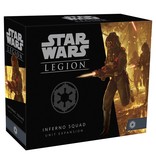 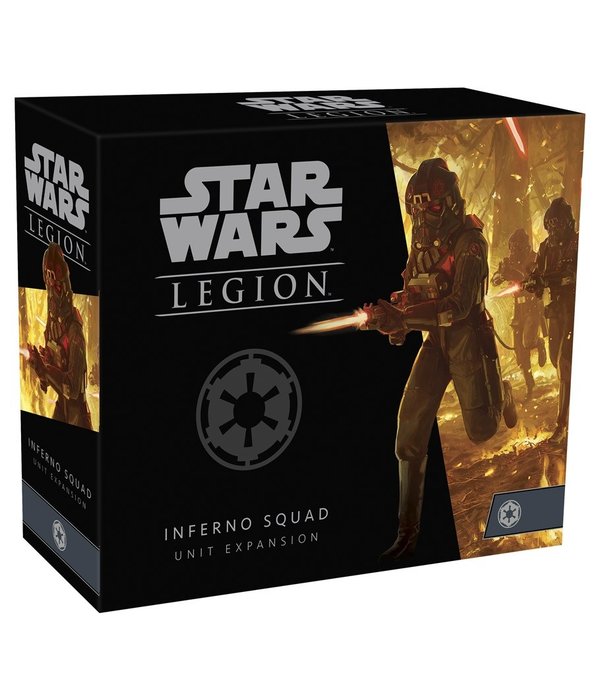 Protect the Empire’s secrets with the Inferno Squad Unit Expansion for Star Wars: Legion! Led by the brilliant commander Iden Versio, Inferno Squad has proven itself to be one of the Empire’s most effective special forces units and now you can bring this crack team—along with another Imperial Special Forces unit—to your armies.

This expansion adds seven finely detailed, unpainted Imperial Special Forces miniatures to your collection along with seven upgrade cards that invite you to kit them out for battle. In addition to the standard Special Forces troopers, you can also assembe Inferno Squad members Gideon Hask and Del Meeko miniatures with or without their signature helmets.