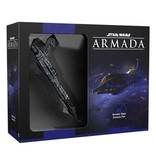 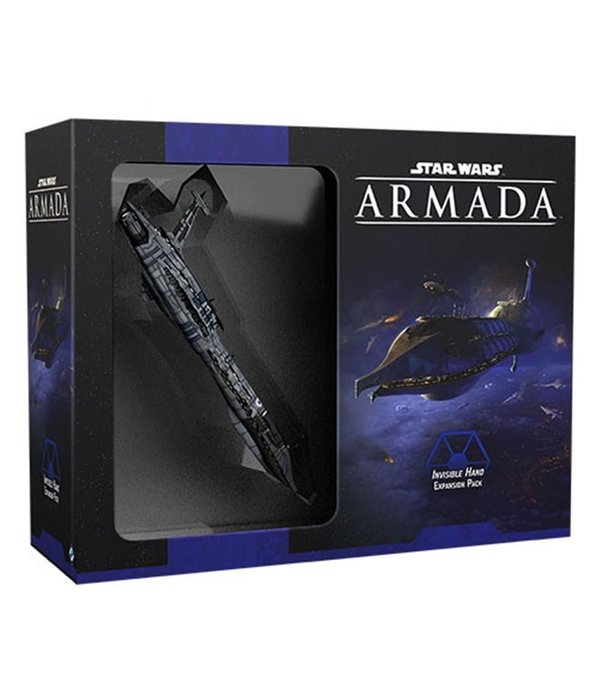 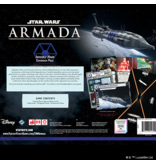 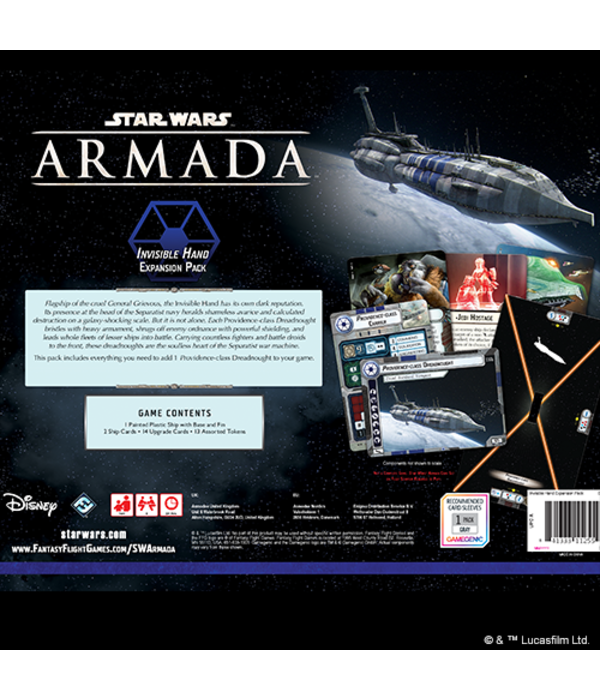 Dominant the stars with the Invisible Hand Expansion Pack for Star Wars: Armada! Flagship of the cruel General Greivous, the Invisible Hand has its own dark reputation. Its presence at the head of the Separatist navy heralds shameless avarice and calculated destruction on a galaxy-shocking scale. But it is not alone. Each Providence-class Dreadnought bristles with heavy armament, shrugs off enemy ordnance with powerful shielding, and leads whole fleets of lesser ships into battle. Carrying countless fighters and battle droids to the front, these dreadnoughts are the soulless heart of the Separatist war machine.

The Invisible Hand Expansion Pack puts a beautifully detailed, pre-painted Providence-class Dreadnought at your disposal. Two ship cards allow you to use it in two distinct configurations, while 14 upgrade cards invite you to customize your ship and fly it as the dreaded Invisible Hand itself.