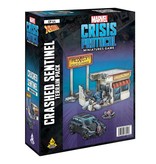 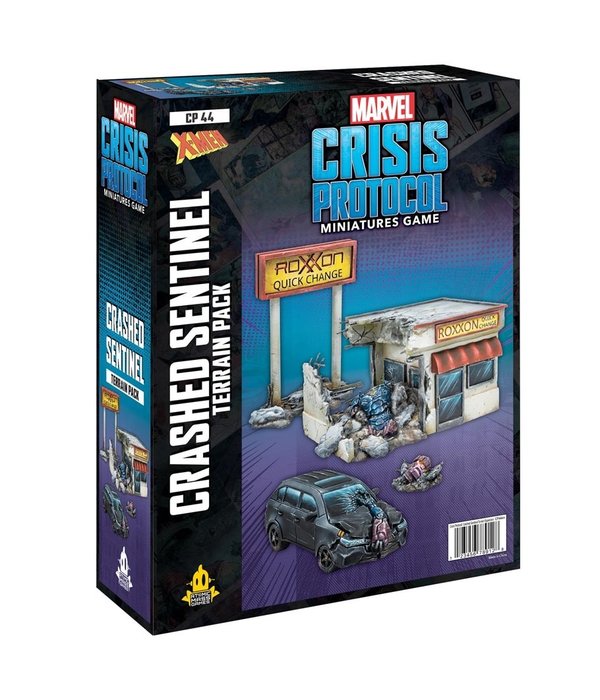 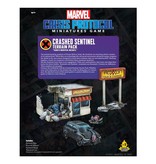 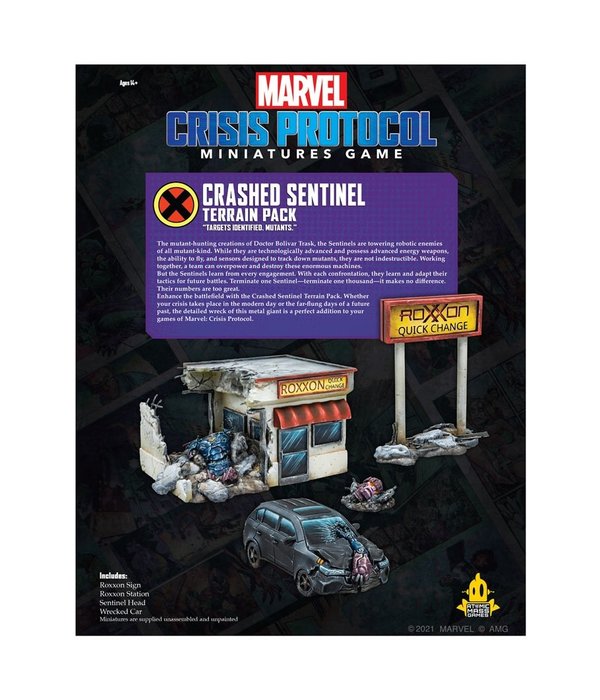 This terrain pack makes a crashed version of one of these fearsome machines a feature of Crisis Protocol battles. Featuring a variety of debris, including a Sentinel head, a wrecked car, as well as a Roxxon station and sign, this pack adds even more thematic depth, letting players play out the Marvel battles they’ve always dreamed of.