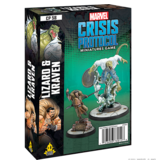 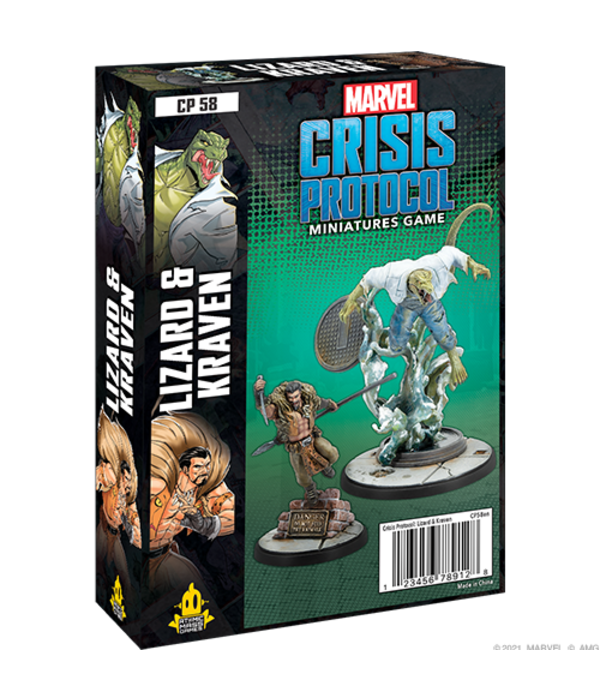 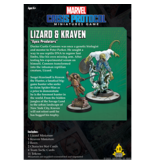 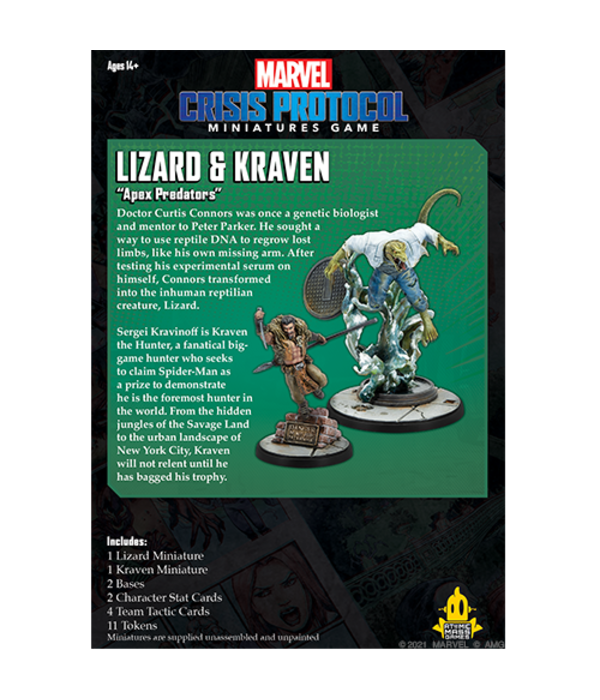 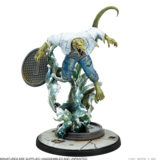 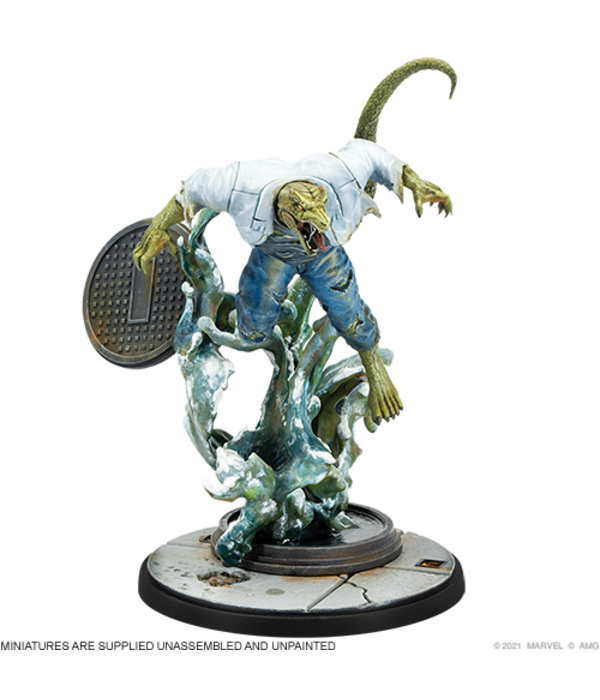 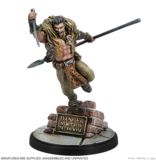 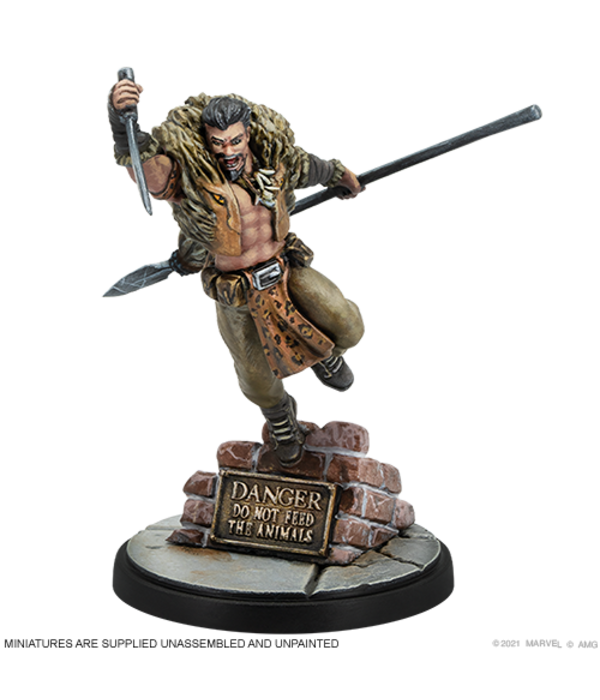 Doctor Curtis Connors was once a genetic biologist and mentor to Peter Parker. He sought a way to use reptile DNA to regrow lost limbs, like his own missing arm. After testing his experimental serum on himself, Connors transformed into the inhuman reptilian creature, Lizard.

Sergei Kravinoff is Kraven the Hunter, a fanatical big-game hunter who seeks to claim Spider-Man as a prize to demonstrate he is the foremost hunter in the world. From the hidden jungles of the Savage Land to the urban landscape of New York City, Kraven will not relent until he has bagged his trophy.