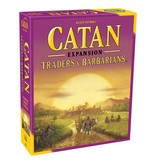 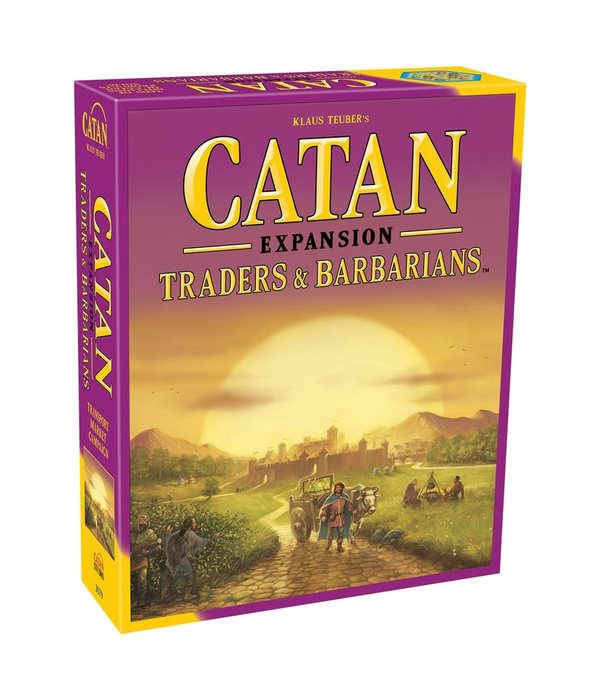 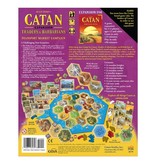 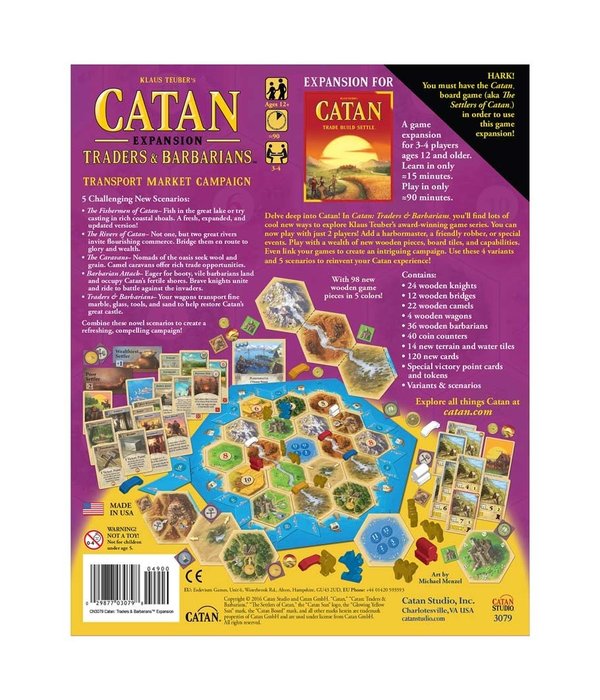 Traders & Barbarians is distributed as the third major expansion for The Settlers of Catan, although it is actually a compilation of small expansions and variants. (It is independent of the Seafarers and Cities &
Knights expansions, but can be combined with them.)

Well-tried variants such as “Catan Event Cards,” “Harbormaster,” and “Catan for Two” offer alternatives for customizing the game to your own needs. In addition, the 2-player variant allows you to play the Base Game as well as all scenarios of this expansion against only one opponent.