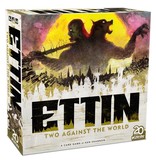 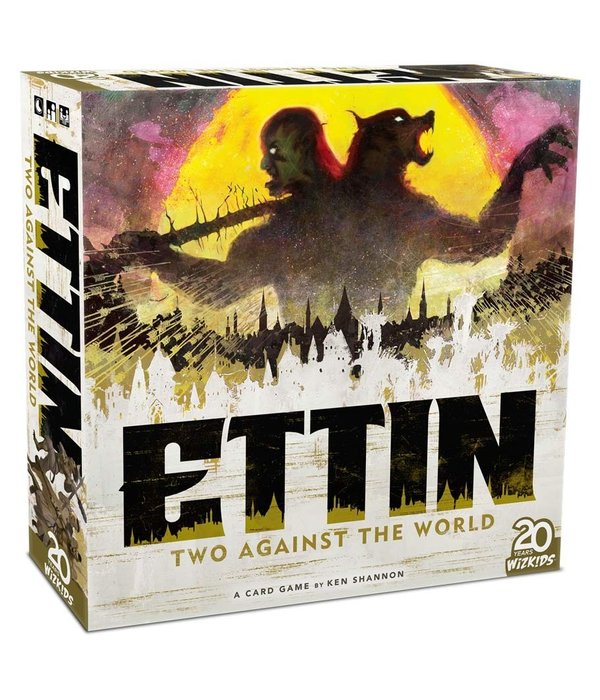 In Ettin, 2-8 players create teams of two Nations (an odd player creates a Rogue Nation) and work to defeat the other teams around the table. Draft units to recruit and deploy in three rounds of increasingly epic Wars. Harness the unique cards and playstyle for each of 8 Nations, and dozens of possible alliances.