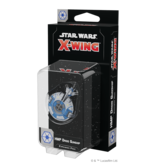 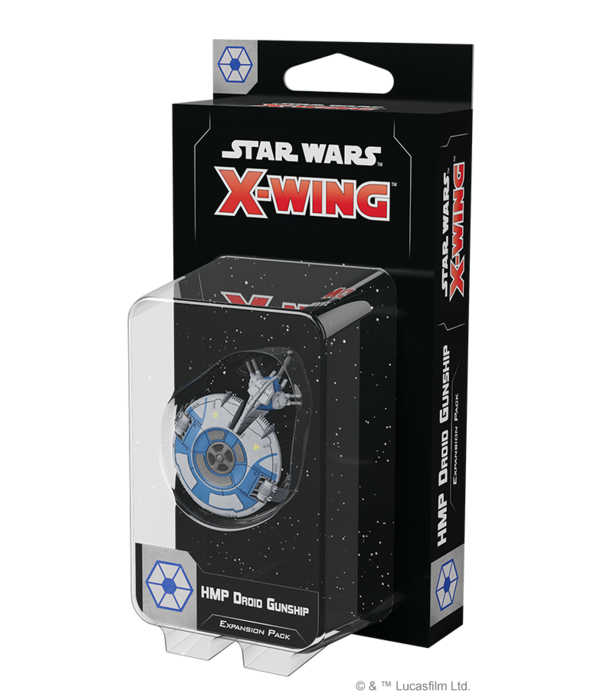 A menacing silhouette slides overhead, repulsorlifts humming ominously and eyes glowing with malevolence. The HMP gunship's presence invokes fear thanks to predatory droid intelligence and an unpredictable capacity to strafe targets with devastating missile pods, bombs, and a wide-sweeping array of laser cannons.

The HMP Droid Gunship Expansion Pack unlocks new possibilities for your Separatist Alliance squadrons with a beautifully detailed HMP Droid Gunship miniature and six ship cards featuring their own programming and protocols for battle. Your droid gunship can be further modified to your exact specifications with eight upgrade cards that give you access to new missiles, a new tactical relay, and even a new configurations that unlocks a new way of maneuvering your ship. Alternatively, you can follow the recommendations of three quick build cards to get your gunship into battle as quickly as possible.