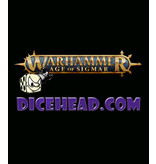 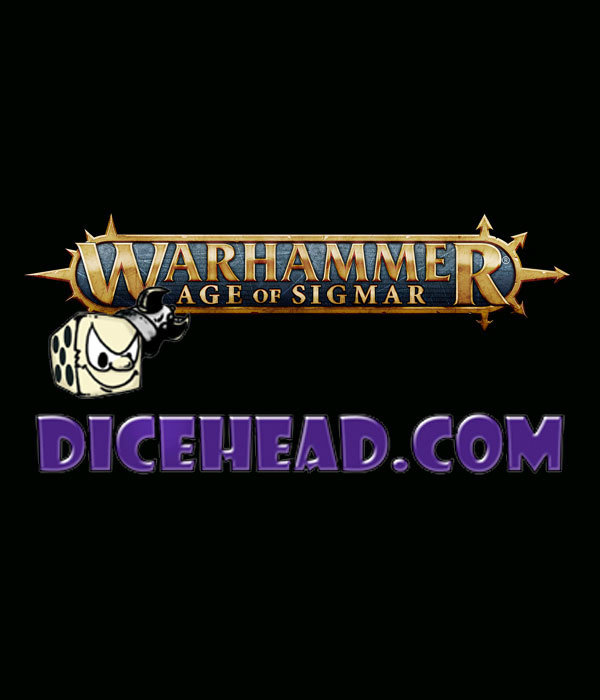 The Sorcerer Fecula Flyblown saw a vision of a shard-curse of endless sterility in which nothing stayed dead long enough to rot, and was horrified. She summoned a monstrous wyrmaggot which swallowed the Sorcerer and her two favoured bodyguards whole. This creature burrowed until it burst into Beastgrave, where it disgorged the group in a tide of steaming vomit. Together, The Wurmspat resolved to cure the curse at the mountain’s heart by spreading the filth so beloved of their deity.

Three is the holy number of Nurgle, Chaos God of Decay, and three is the number of warriors in The Wurmspat. Fecula Flyblown, an infernal Sorcerer, is accompanied by two supernaturally tough Chaos Warriors, though they act as their own unit. Her Retchling companion boosts her magical potency even further, while her bodyguards protect her from enemy units. The Wurmspat offer your Maggotkin of Nurgle army an undeniable boost in the Hero phase, and can soak up a lot of damage before they go down.

This 3-model set allows you to build Fecula Flyblown, plus the Blightkings Sepsimus and Ghulgoch. This box is the best way to add them to your collection if you're not a Warhammer Underworlds player – and it's also a fantastic source for spare models to add even more variety in your current units. The kit is supplied in 24 plastic components, including sculpted bases. These models are push fit, and require no glue to assemble. They are supplied unpainted and require assembly – we recommend using Citadel paints.
WARNING. Not suitable for children under 72 months. Small parts. Essential pointed components.